Thanks to Chetan Bhagat : Lets talk about Sex


From today’s Times of India ..

An important point raised. Admitted , Mr Bhagat, I don’t know the answer, but,  just to hazard a guess , maybe it’s because barking dogs don’t bite and vice versa. And therefore, my conclusion, : Indians don’t talk about it, they just.. em.. "do it”. The sizeable population, as you rightly pointed out, is testimony to the fact. And so, with your prodding, Mr Bhagat, I will take a step , albeit gingerly , in that direction, em.. to talk about these “things”, calling it the natural instinct, or lust, since  I still cannot get round to talking about S** blatantly, in a very Indian iShtyle.

Therefore , today’s first attempt at blogging on this issue. The Amblingindian Part 1 of" Lets talk about S**"
Newton on the “Live- in Relationship( LIR)”

Is a “Live in Relationship” , a  “ LIR” , a wrong thing? Morally, socially or just generally? It can get downright amusing at times to see the number of people debating, breaking their heads or passing judgments on this hot topic, out of sheer ignorance, or confusion even. I thought , therefore, that it would be worth dissecting this controversial issue, to bring the fish on the table, and arrive at some simple solutions, now that it feels almost as complex as the law of gravity did, many thousands of years back, when the proverbial” apple” fell, before it all became crystal clear with  Newton's profound insights.  Hence the idea arose, to solve this problem , using  a Newtonian mindset , and solve it once and for all, in an Amblingindian way.

What is a LIR and why does it get so much press? If you look at it very simply and strip it down to the bare essentials, it is a man and a woman, or a man and a man, sometimes even a man and a dog, essentially two people, living together , with the intention of sharing their lives for a finite period of time. All time is finite anyway, as death will ultimately do them apart. And so, how different is it from marriage? With marriage, the only difference appears to be by way of rubber stamping the ceremonies by lots of dignitaries with lots of unwanted fanfare attached.Maybe it is just churlishness on the part of the dignitaries, unwarranted and unwanted though, who decide to brand the LIR as immoral, loose and the like. Since they couldn't partake of their usual , on demand feasts , part of the ceremonial hullabaloo associated with marriage.

Zooming back in on the LIR . I often wonder,why so much confusion, so much guilt attached? Two people decide to live together, for ever, for a few years, a few months or weeks even. What’s different then? Surely , its all the same.Just as an object with  finite sides, when getting smaller and smaller, as you reduce the length of the side, becomes a circle, with each point on the circle , being discrete, but smaller version of the side, so does the LIR, with the same characteristics the same as marriage, just that the duration of the relationship may be smaller and smaller each time . ( as is happening with marriages also, with marriage today and divorces tomorrow  looking more and more common). So , when you get back to the law of differential calculus, discovered by Newton, the circle ( akin to the LIR) can be thought of as made of set of discrete straight lines ( i.e the marriage), the lines becoming smaller and approaching zero.

The scientifically inclined can read more about it here http://en.wikipedia.org/wiki/Calculus 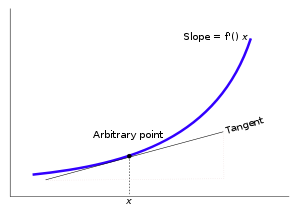 What’s way different though, is the viewing of the relationship by the parties outside of it, people who really have no business, but to peep into other people’s houses and pass judgments  And to all these 'Nosy Parkers', why  can’t  they understand that its all the same, the LIR and the marriage? They are anyway for the same purpose, for the satisfaction of lust, procreation of the species, and emotional anchoring occasionally,..
I often hear abjectly silly statements like “ a LIR is like a walk-in and walk-out arrangement”, the statements in question being made by none less than a hon. Judge of the Supreme court .

Pity the confusion that the LIR has created for many people, who, when faced with a new paradigm, don’t know where to fit it in. Silly really! I maintain, if a LIR  is a walk- in and walk- out arrangement, then , so is marriage. You marry today and divorce tomorrow, who stops you, except that it takes a lot longer and is costlier too. Marriage or the LIR are not closets or restaurants- they are built on the same principle, of 2 people committing to share life for a period, their joys and sorrows, etc etc. Dear society, the same people who do not bat an eyelid at a promiscuous man straying out of his marriage with a keep, suddenly get all charged up,gossipy and hush hush when it comes to a LIR. It could  be all about the women's honour needing to be purer and therefore more sacrosanct than the man’s.

Therefore, whats a simple solution? Just like Newton did, by showing how a circle is made up of straight lines, so do I . A LIR is a type of marriage. It may not have the same rubber stamp, but what stops society from giving it the other rubber stamp, that of a ‘ partner ‘ relation? Thus acknowledging that 2 people are partners in their journey of life at the present moment and hence will have all the rights  and the duties that a partnership entails.  Such as bearing their share of the parental responsibility if there is a child born of such a union, or sharing their financial and emotional ups and downs, of living together.

Simple isn’t it? Both parties register their partnership, and agree to share. And the societal/legal approval can be given and only may be needed , so that  no one party can dump the other without taking up, or carrying out their due share of duties. Such as child maintenance,  splitting assets and so on.. Which some parties sadly try to do, by living in with one person and then marrying a second, ostensibly to meet their parents expectations, but actually just to rake in the dowry.

Its really that simple. Rubber stamp the whole process, since we so love rubber stamps. Make the "LIR partners" official.  Acknowledge them on official documents.Bear the responsibilities. Get on with life. No need to get all befuddled on this one, it is really basic when whittled down to the brass tacks.

Thanks, Mr Chetan Bhagat ,for letting us talk about S** !


P. S : I am not an advocate of any LIR. I just beleive the LIR and the marriage are essentially deserving the same status, by society and the law alike, to make  some sense, rather than just being branded as loose and immoral. Understand the LIR, talk about it and find the right solution. More about this in future..